116 replies to this topic

Assuming you had a decent host and you yourself weren't running anything lower than an OK DSL line, I think it would be a seamless experience. I wish PC linked to the LIVE realm, because I'm confident we could rip those PCers a new one.

H2 Vista... is being handled by morons

Dear God. That was the literary equivalent to a day of Team SWAT and Team Carnage. Glad to see it's in capable hands. Chances of me buying this port: 0

Dude you know damn well b.net always tries their hardest to have a comedic tone. You can't actually believe that's how they would actually write something serious. It wasn't even that bad. You weren't gonna buy it anyway.

I'm going to have to side with Cuse on this one. The Project Leader has a vagina, which as we all know, can be detrimental to porting a sci-fi shooter from the xbox to a PC (I mean that in the least sexist way possible).

LOL. Sorry Ivan. Microsoft look like assholes no matter how you twist this one.

LOL. Sorry Ivan. Microsoft look like assholes no matter how you twist this one.

That's no big deal. H2 isn't the type of game that requires DX10 graphics, DX9 at a higher res is just fine. That's doesn't mean H2V doesn't benefit from being on a better gaming platform.

Ahahah. A guy on the MLG forums just played Halo 2 Vista at a showing... EVERY glitch is still in, most notably B-X-R and Double Shot (which is apparently really easy with mouse and keyboard because mouse clicks are so fast). In addition, it appears that none of the host issues have been fixed, so if you play a LAN, the host is still the only one who can grenade jump. No word (that I've seen) about dedicated servers and how that will affect things (my guess... NOBODY will be able to grenade jump. Wow.)

Hi-larious. No word yet on superbounces, but my guess is... they're not fixed! YAYYYYYYY! You'd either have to be Ivan or a true Achievement whore to buy this game...

I'm ready for dis shit! I'll be gettin my H2 HD Vista achievements on May 8th. I got my fast ass Vista PC, HD monitor, and 360 controller. All I need now is my DX10 8800 GS graphics card, the MS wireless gaming receiver, and of course I'm paying off my H2V reservation tomorrow.

You can bet your ass there will be new maps with this game, so I'm assuming we'll have our new 360 H2 DLC by or on May 8th.

Microsoft Corp. today announced the extension of the Xbox LIVE? games and entertainment network to the Windows? platform, bringing together the most popular online console game service with the most popular games platform in the world. Debuting on May 8, 2007, with the launch of the Windows Vista? version of the Xbox? blockbuster ?Halo? 2,? Games for Windows ? LIVE will connect Windows gamers to over six million gamers already in the Xbox LIVE community. Then, launching in June, ?Shadowrun?? will for the first time connect Windows gamers with Xbox 360? players in cross-platform matches using a single service. ?UNO?,? releasing later in 2007, will also support cross-platform play between Windows and Xbox 360.

?Five years ago, we began building a service that now defines the bar for online gameplay,? said Peter Moore, corporate vice president of the Interactive Entertainment Business in the Entertainment and Devices Division at Microsoft. ?The benefits of expanding Xbox LIVE to Games for Windows titles is twofold: We?re bringing together two communities that share a passion for playing online games, and we?re enhancing the online experience for PC gamers who have long desired seamless game and voice connectivity ? it?s a win for everyone.?

These features of the LIVE services will enable gamers to communicate online and play supported games across both of Microsoft?s gaming platforms, bringing more players and their friends together to connect in new and exciting ways. The following games make up the first wave of titles to support the Games for Windows ? LIVE service:

?Halo 2? for Windows Vista (Microsoft? Game Studios). Release date: May 8, 2007. The highly anticipated title brings Master Chief to Windows Vista and is the first title to incorporate the new Games for Windows ? LIVE service. Windows Vista gamers will be able to challenge each other in PC-to-PC multiplayer matches and earn achievements for the first time in the ?Halo? franchise, as well as communicate via voice or text with other Xbox LIVE or Games for Windows ? LIVE members. The visually enhanced classic includes an all-new Map Editor, which will allow for new content and greater game customization. ?Halo 2? will be playable with mouse and keyboard or the Xbox 360 Controller for Windows.

?Shadowrun? (Microsoft Game Studios). Release date: June 2007. The intense first-person shooter will let gamers rewrite the rules of engagement as they vie for supremacy in an experience that rewards cleverness, cunning and split-second improvisation through a unique combination of modern weapons, ancient magic and advanced technology. The first title to connect both Windows Vista and Xbox 360 gamers in cross-platform competition will let up to 16 players battle online. Cross-platform play will require Gold level membership. More information can be found at http://www.shadowrun.com.

?UNO?? (Carbonated Games/Mattel Inc.). Release date: 2007. The classic party card game that?s a No. 1 hit on Xbox LIVE Arcade is also coming to Windows Vista and Games for Windows ? LIVE. Gamers will be able to compete against three other players on the Xbox 360 or Windows Vista platforms to match colors and symbols and be the first to play every single card in this award-winning game. For gameplay today, ?UNO?? is currently available on MSN? Games, Messenger Games and Xbox LIVE Arcade.

Things that I'm betting about this game: 1) The campaign will still NOT be patched. That's right. Same shitty gameplay as before. 2) All those multiplayer glitches? NO fix. B-X-R, double shot... it'll all still be there. 3) I honestly think there will be no new maps, except for possibly starter kits that come with the map editor. I admire your dedication Ivan.

You?re right they shouldn?t port a 3-year-old game. They should start from the ground up and re build it to your liking. That way you will finally move the fuck on and shut up. :thumbsup:

I'm thinking about buying it. I've never spent more than ?15 on a PC game though, so if "Games for Windows" is just some ploy to start charging console game prices then I'm not touching Halo 2 Vista. *looks up the price* ?30 in England, which is equal to about $50. Bleh, equal to a cheap console game, but double the price of most PC games...

Your Local Cinematographer and Photographer

I was going to ask. How is Windows Vista to those who have it already?

It's like a pretty XP but with no drivers for anything. Still, should be good once NVidia (and various other hardware companies) get off their asses.

I think there are many, many improvements over XP. Granted none of them stand out as much as the new search which is like Apple's Spotlight, but there are many minor things that have been greatly improved. It runs very fast, the security is set up in a much more logical way. The only problem I've had is what UHYVE mentioned which is getting drivers for everything, and some programs just won't work. itunes for example was very problematic up until recently when they released the new version.

I was wrong when I bet that there wouldn't be any new maps. Uplift and District. Uplift is featured in the article, and looks pretty nice. I'd love to play Halo 1 on that map. It also looks like they didn't create a single new texture for it... no, seriously, try to find an original texture. You won't. 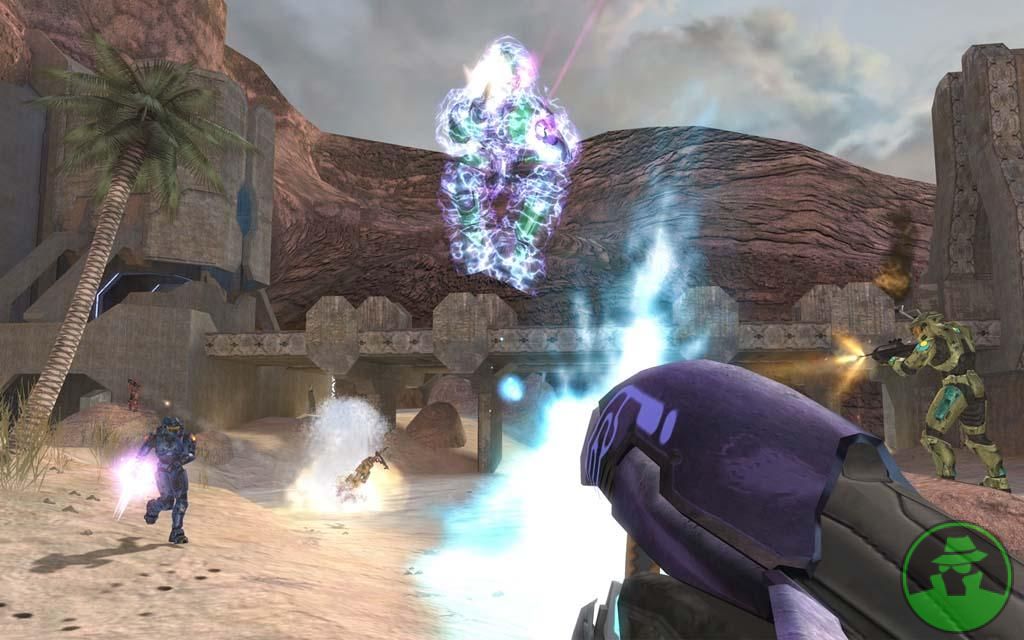 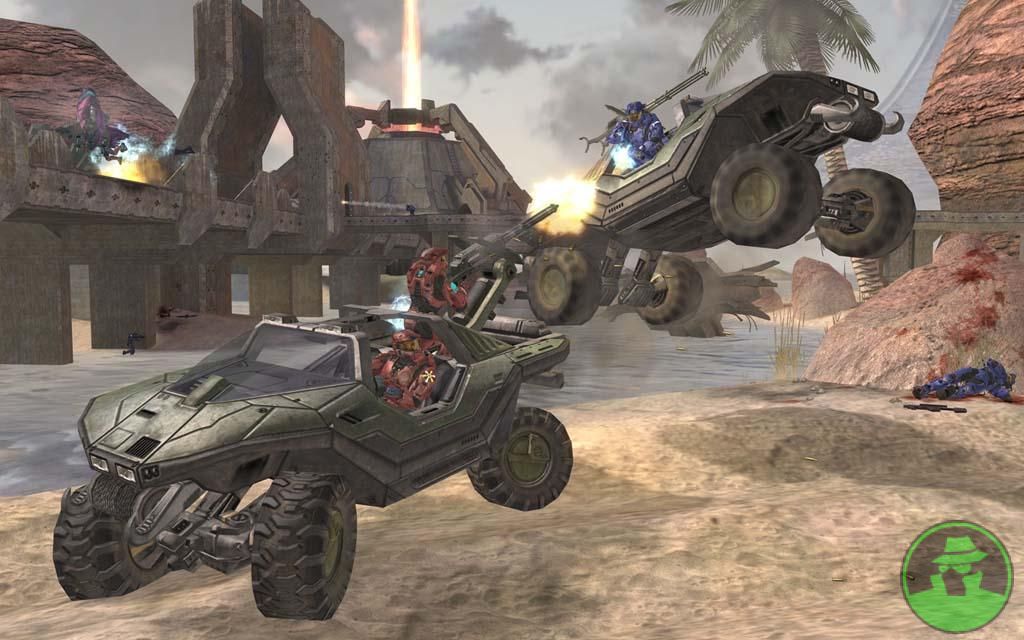 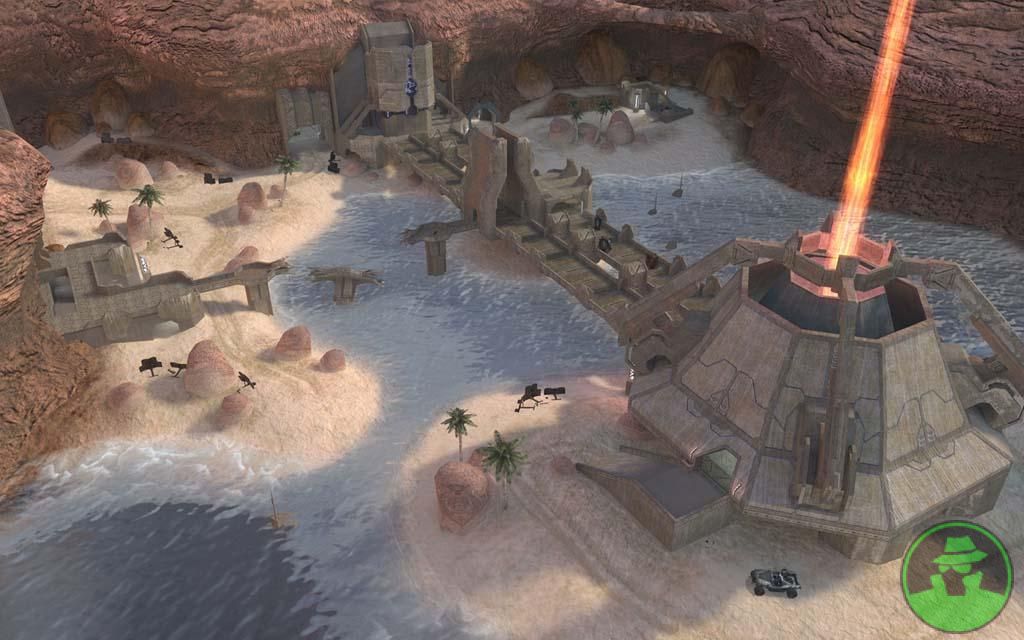 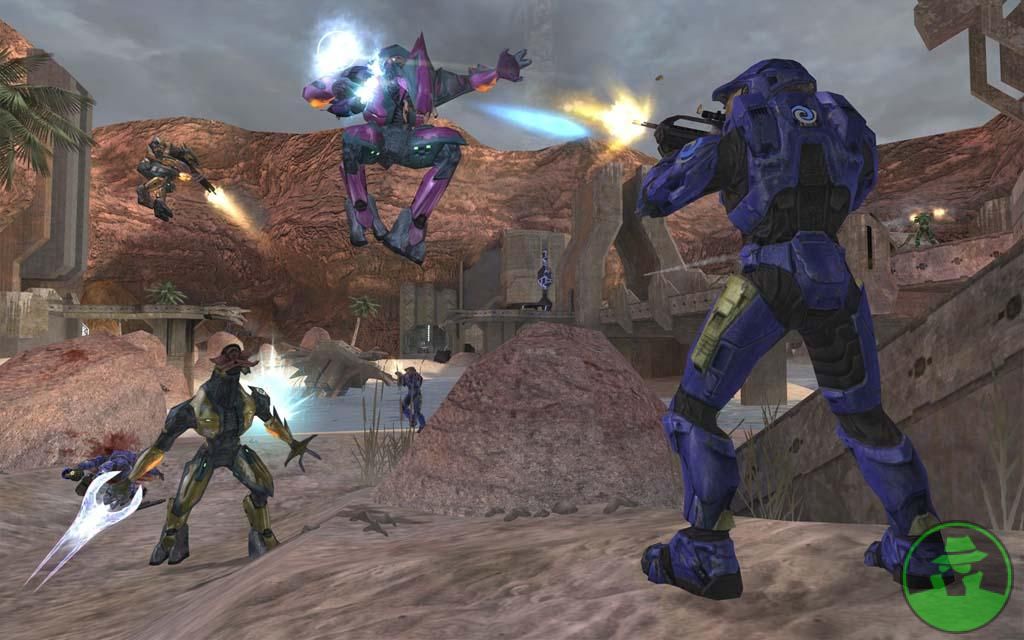 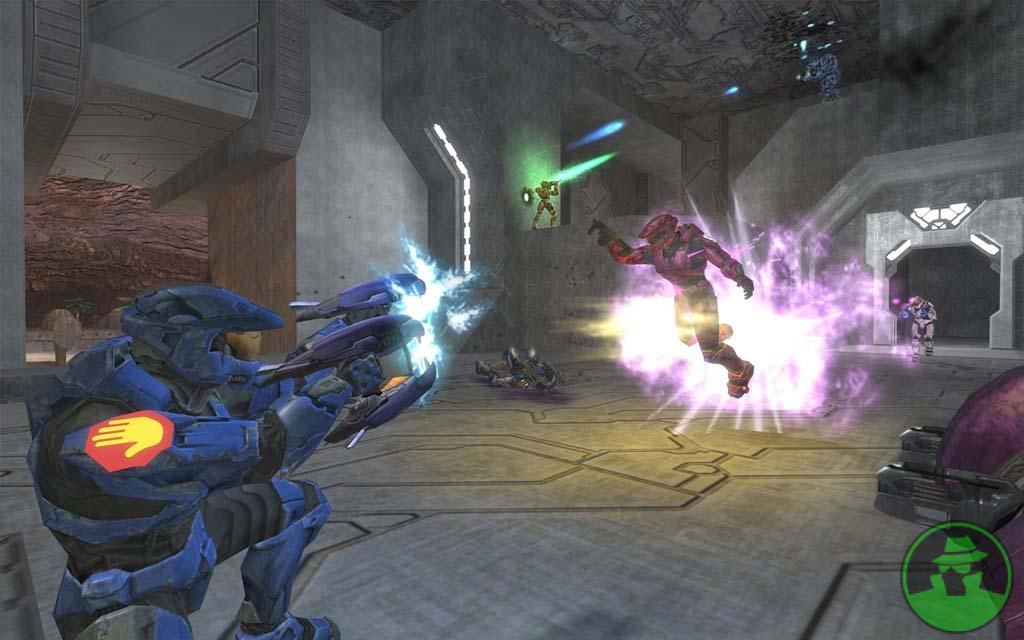 EDIT: A little search (hi JC) yielded an advertisement with a picture of the other map. Looks just as unoriginal, texture-wise. That screenshot might as well just be a picture of Turf, texture and geometry wise, but it's definitely District (notice the tank). For the record, I'm not hating. If the maps play well, who gives a shit? Hang Em High was all gray for crying out loud.

I can't believe you have to have Winders Vista to play this game. I wish they would release those two maps on the xbox.

Honestly, I'll be fine without either of them. They don't look all that great to me.

I wish they had released those two new maps in conjunction with the two remakes we're getting for Halo 2. Four new maps might actually hold us over until Halo 3 once the Beta ends. I guarantee you that Tombstone and Desolation will not last for a couple of months until Halo 3 finally arrives.

Also tagged with one or more of these keywords: Halo 2