72 replies to this topic

I lol'd at both Badmans. Well done gentlemens. Ivan, where did you hear this Domain explanation?


From some guy we all know.

Mr Coviferous? I miss him. I wish he'd pop in. He tried to send me a virus the other day. Oh PHP.

Ivan, where did you hear this Domain explanation?

From an official source. ;-)

I experienced an interesting moment during the campaign. It was on Reclaimer. It occurs when the Lich comes and attacks the mammoth. I suppose there was some sort of scripting conflict (I don't know much about video game development). Basically when you get on the Lich, it sort of flies around the map. If you get off (without destroying it).. it'll eventually return to the original spot and turn on the grav lift. Now, while it was doing that, I decided to use the mounted rocket turret on the mammoth, and see if I could destroy it a different way. While I didn't destroy it, it began this rocking back and forth movement. Like it's trying to "evade" the rockets while trying to remain in the original position with the grav lift activated for the player to jump back on. Attempted to replicate.. was a success... might have to kill the "pilot" and aim for the underbelly of the Lich where the reticle turns red.. it'll start rocking back and forth in a weird way.. Can't use the grav lift because it just keeps moving lol.

That's strange. Another thing Cocop dropped the ball on. LOL

Was that your level? Can we get some insight into the design process and what you do to make it come together? Could I grill you during an H4 co-op session some time? (How'd you make that? etc. etc.)

Yes Cuse, Cocop was the mission designer for that level. He didn't want to tell anyone, not even me, before the game shipped because he was nervous his level sucked and wanted to hear what people though. It turns out that his level was one of the best in the game if not the best in the game. Even CliffyB mentioned on twitter that it took a lot of skill for a level like that. I think we should start a new interrogation thread.

Agreed. Reclaimer was probably the most fun level in the game. I love levels that focus on vehicular combat and basically act as a catharsis from the grind of on-foot switchfests. The one thing it took me a couple of deaths to figure out was using your jet pack just before hitting the ground when jumping off of the Lich.

Finally got my assignments out the way and put in a 5 hour session to complete it a couple of nights ago. It's definitely got the WOW factor. The visuals, effects, cut scenes and audio in general all blew my mind. The pacing was very good and with respect to story/canon, some serious bomb shells were dropped. The cut scenes could have been a bit longer to let it all sink in, but 343 have to cater for hardcore fans and newbies alike so that's ok. It's been a while since I read the first few books and I never got around to Glasslands or Cryptum, so this has given me a kick up the arse to do so.

Like most of you have commented, button pushing did get repetitive and boring and there were lots of reused elements from previous games. It was quite a well rounded Campaign all in all though with a lot of impressive set pieces. The only broken bit I encountered was on Reclaimer (mentioned in glitches topic). I wasted quite a bit of time on that.

Some people find the MC and Cortana relationship weird but I don't have a problem with it, I think it adds to the story and appeal of the series. Given that she makes a pretty convincing human companion, they've made it through quite a lot, helping each other to save the human race a few times and barely been separated since they left the Pillar of Autumn, it's reasonable to expect even a hard nosed badman soldier like MC to have an attachment to her, even if it is somewhat corny in places. This article puts it across quite well, it's a love story but not a romance. It's also quite unique to have a story with a machine like human and human like machine with such a bond. I certainly hope the fine blue lady makes a return in Halo 5, but not in a regurgitation of Halo 3's flashes of blue on the screen.

For future campaigns, more of the same awesome visuals and audio, be more original with the actual objectives and gameplay, explain the story a bit more with longer cut scenes (why were the cov and proms working together, how did MC survive a nuke to the face etc.). Above all, for god's sakes do not ever end a game like Reach, that shit freaked me out and left me feeling betrayed.

For the Legendary play through it took 10 hours and 180 deaths. It didn't feel harder or easier than previous games, just about right. I only raged in a couple of places including my 2 hours wasted on Coco's mission (it was an awesome level otherwise).

I actually disagree. The first mission and second mission look amazing and are pretty fun. Then by the time you make it to Jacob's mission with the Mammoth and Infinity right after that, I think those are great missions. It's starts to drop off some from there and by the end it's getting weak. The last level is just bad and annoying, especially the flying portion and boss fight at the end.

Overall though, I would rank the campaign somewhat in line and with Halo 2 and definitely better than Halo Reach.

The artistic design of Halo 4's campaign alone makes it endlessly worse than any other Halo campaign. Never have I ever walked around a game constantly saying, "that isn't supposed to look like that."

Really? Do you think the levels Dawn, Requiem, Reclaimer, Infinity and Shutdown don't look like Halo? If those don't look like Halo I don't know what does. I'd like to hear specifically what about those campaign levels makes them worse. I know that it's popular to hate on H4 right now and especially because of the multiplayer but I think that clouds people's judgement about what H4 did very well.

I've said it since the beginning, H4 is more Halo than Halo Reach. If it wasn't for the fact that Bungie did Reach, I would not be so forgiving towards 343 for some of the stuff they did.

All flash, no substance.

Amazing on a technical level, but horrific art design throughout really dulls the impression. Needlessly over-designed in many cases, the series really lost that clean, refined look that it had through Reach. Instead of clean lines, we're met with hideous, bulbous abominations (I'm looking at you, Broadsword).

It seems that 343's mindset was "Quick, revamp EVERYTHING. We must make it our own!!!!" and took up the first drafts and threw them right into the pipeline.

The whole game reeks of design by committee, and is plagued by confusing and incoherent level and art design throughout.

Edit: Despite Reach's story missteps, it's nowhere near as abhorrent as Halo 4 is. Halo 4 takes the lore, cuts it's throat, rapes the bleeding hole while it's still alive, and then takes a giant shit on the cold, lifeless body after it's through. RIP. 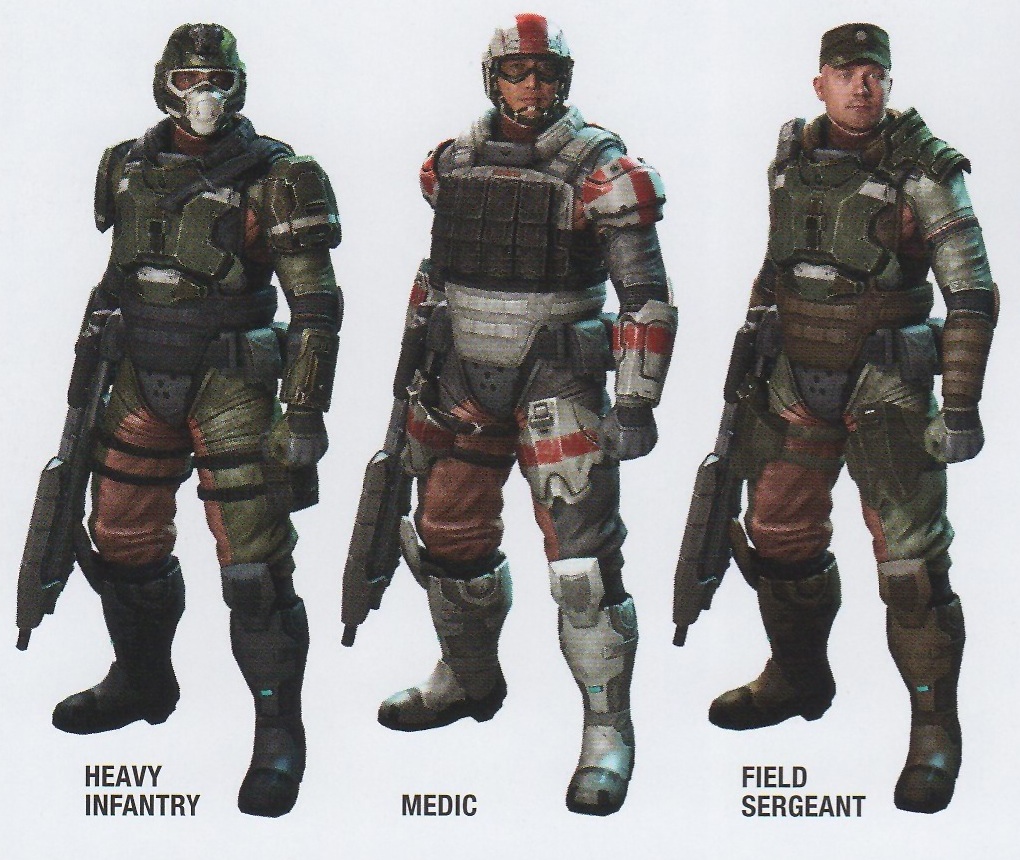 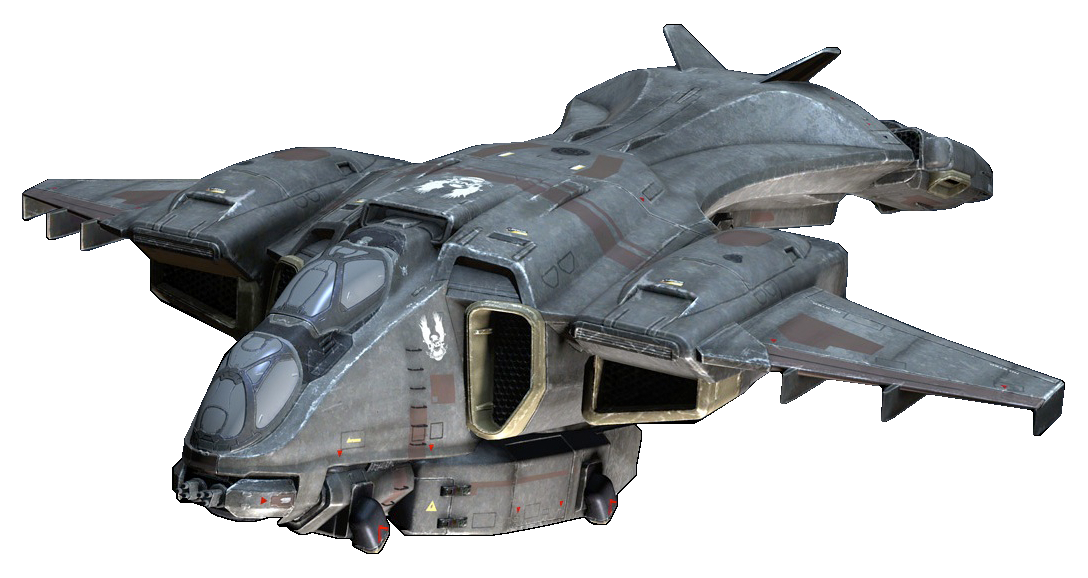 Want me to keep going?

So as jarring as that is, if you took a lot of the stuff in Reach and compared it to Halo 3 it would look like a huge change as well and not always for the better.

When I say that Halo 4 is very much like Halo, I especially mean the environments. Would you say these don't look like Halo? 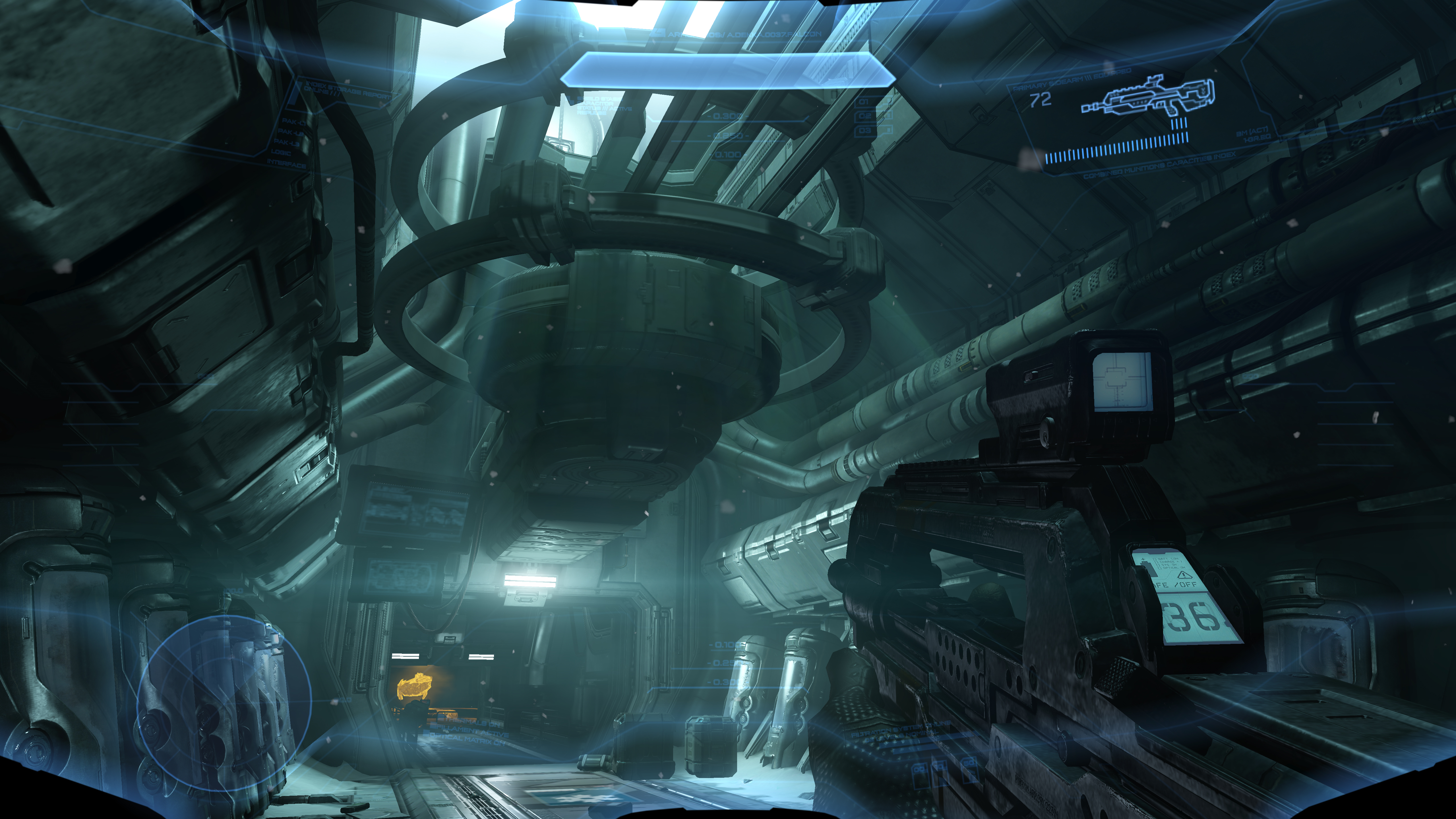 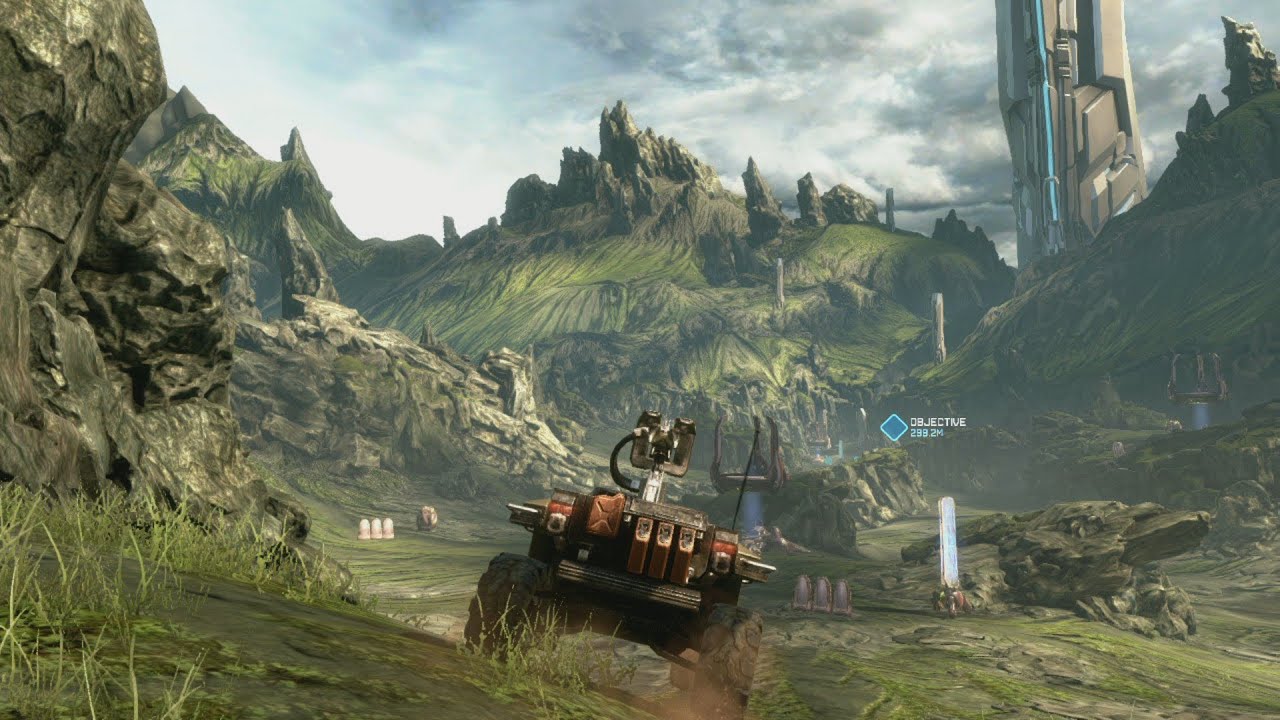 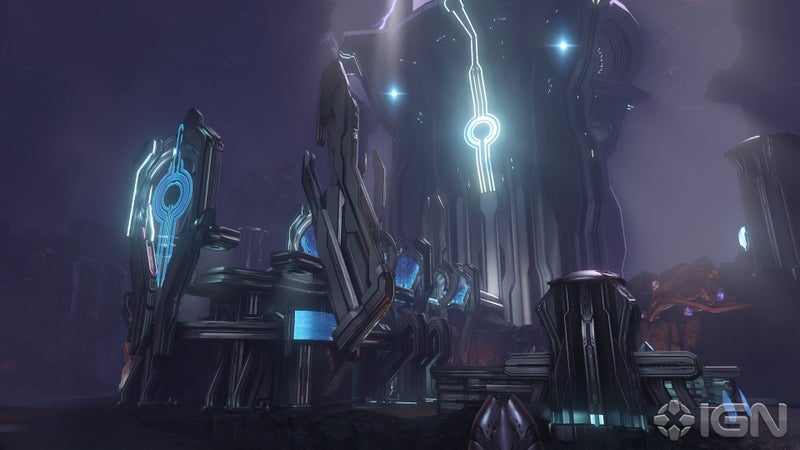 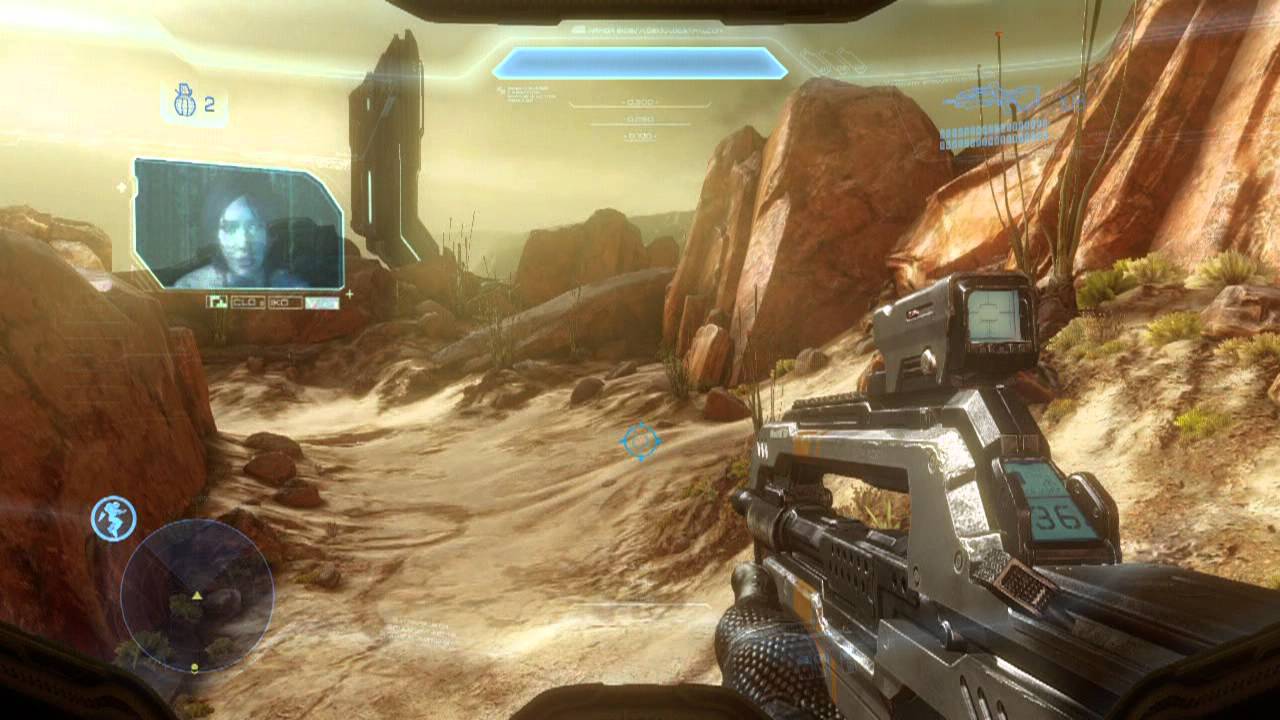 Should I go on?

Also tagged with one or more of these keywords: Halo 4